"This has been an important step on my journey to becoming a b|u|s trainer!"<e/m> states Asma after the second part of the b|u|s training course. "This part of the training has made it clear to us once again what the b|u|s concept is all about," agrees Yussuf, her colleague. They are both part of a group discussing the b|u|s 2 Enterprise training that they have just successfully completed with smallholder farmers from the surrounding area.

The ‘field exercises’ involve prospective trainers already training farmers as part of the final stage of the Andreas Hermes Akademie (AHA) bus trainer course. It is delivered in cooperation with TAHA, the Tanzanian association for fruit and vegetable cultivation, and TRIAS, a Belgian NGO. The trainer courses are funded by the EU as part of the project “Make it Grow Zanzibar”.

After the successful b|u|s 1 Capacities training in February 2021 (which you can read more about here, trainers have now completed the second part of the training. This mainly involved being able to view the farm as a business. In order to receive their trainer card in the autumn – to mark completion of the first level of the trainer course – trainers only need to have one of their courses evaluated by the farmers in addition to the practical experience.

The primary aim was to convey to participants the content-related elements of b|u|s 2 and at the same time further train their didactic skills.
The agricultural community in Zanzibar currently has 13 b|u|s trainers at its disposal who will support increasing numbers of farmers to assume the role of agricultural entrepreneurs in coming years.

In order to get to know inside-out the methods from b|u|s 1, but especially from b|u|s 2, to apply them subsequently and to supplement them with their own examples, the AHA attaches importance to the fact that the trainers apply the methods to their own situation.
The b|u|s 2 training again consisted of a sequence of two content elements each, followed by simulations in small groups. 10 days of theory were followed by the so-called field exercises, during which content was communicated to farmers over two and a half days.
Tanzanian Master Trainers Joel and Kassim delivered the training courses themselves in the local language. “Here we were able to show that we are able to deliver b|u|s trainings on our own and Kassim has also become much more confident as a result,” adds Joel. This promotes professionalisation of master trainers in the country and as such is becoming an integral part of AHA sustainability efforts.

In addition to intensive coaching and feedback, I, Erich, was able to concentrate on didactic topics and issues that were important to the trainers. We dealt with these topics during the so-called “Trainer Talks”.
Just as trainers were able to apply their skills and knowledge from b|u|s 1 in the “initial training courses” (first courses for the final target group) that took place between b|u|s 1 and b|u|s 2 courses, the same will also happen for b|u|s 2 in the coming weeks and months. In autumn 2021, all trainers who have completed b|u|s 1 and 2 training will be evaluated. Subsequently, they will receive an official certificate which enables them to train farmers in groups of 20. This will be followed in spring 2022 by training for the last module, b|u|s 3. 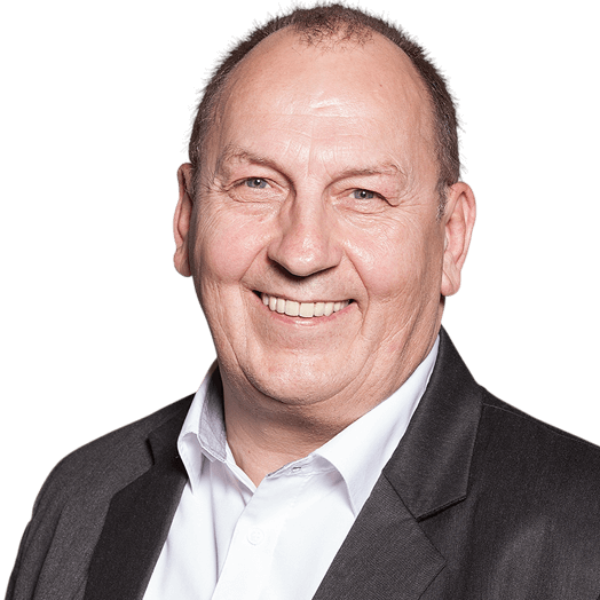